DX visions and scenarios are studied with an eye toward 5 to 10 years in the future, and the ones who execute the specific measures are your next-generation leaders. In the process of studying DX visions and scenarios, those who deliberate the specific measures in the present are ultimately responsible for execution in the future, achieving an effect of heightening the awareness of the next-generation leaders.

Before providing a specific case example, I will first introduce the approach of DX vision formulation advocated by our company. 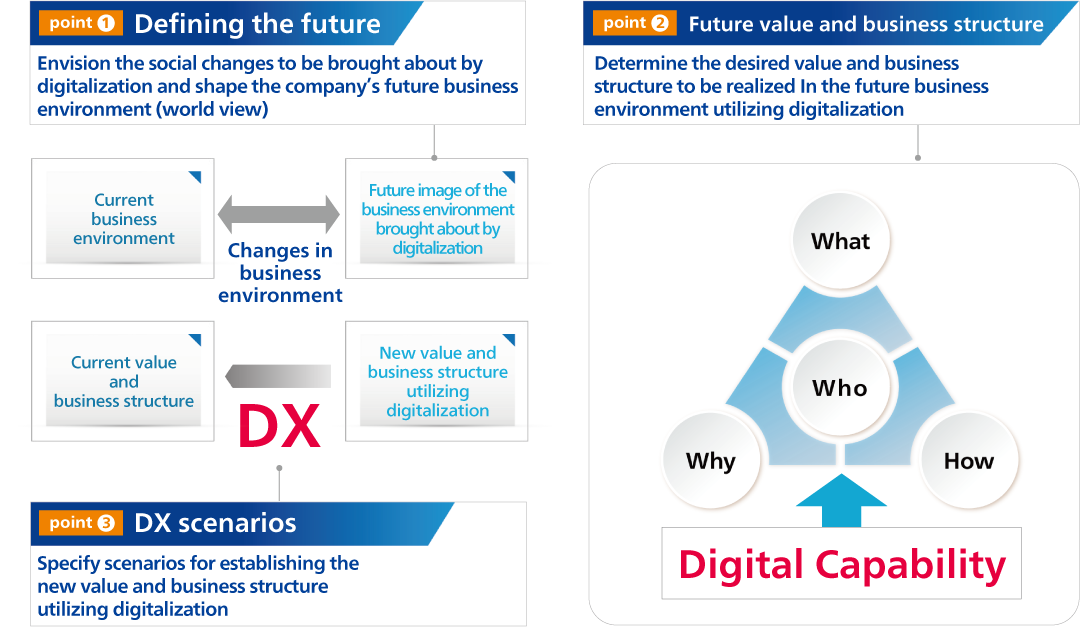 ① Defining the Future
First, members envision the social changes to be brought about by digitalization and shape the company’s future business environment (world view). Members envision an ideal state from a starting point in the future, not as an extension of the current situation.

② Future Value and Business Structure
Members determine the desired value and business structure to be realized In the future business environment utilizing digitalization. Members clearly define the value to be provided in terms of What, Who, and How.

The above approach shares the same concept as that of the Business Management Design Sheet utilized as a framework for deriving management issues. DX visions and scenarios are not necessarily issues specific to the digital world, and are no longer positioned as management issues. 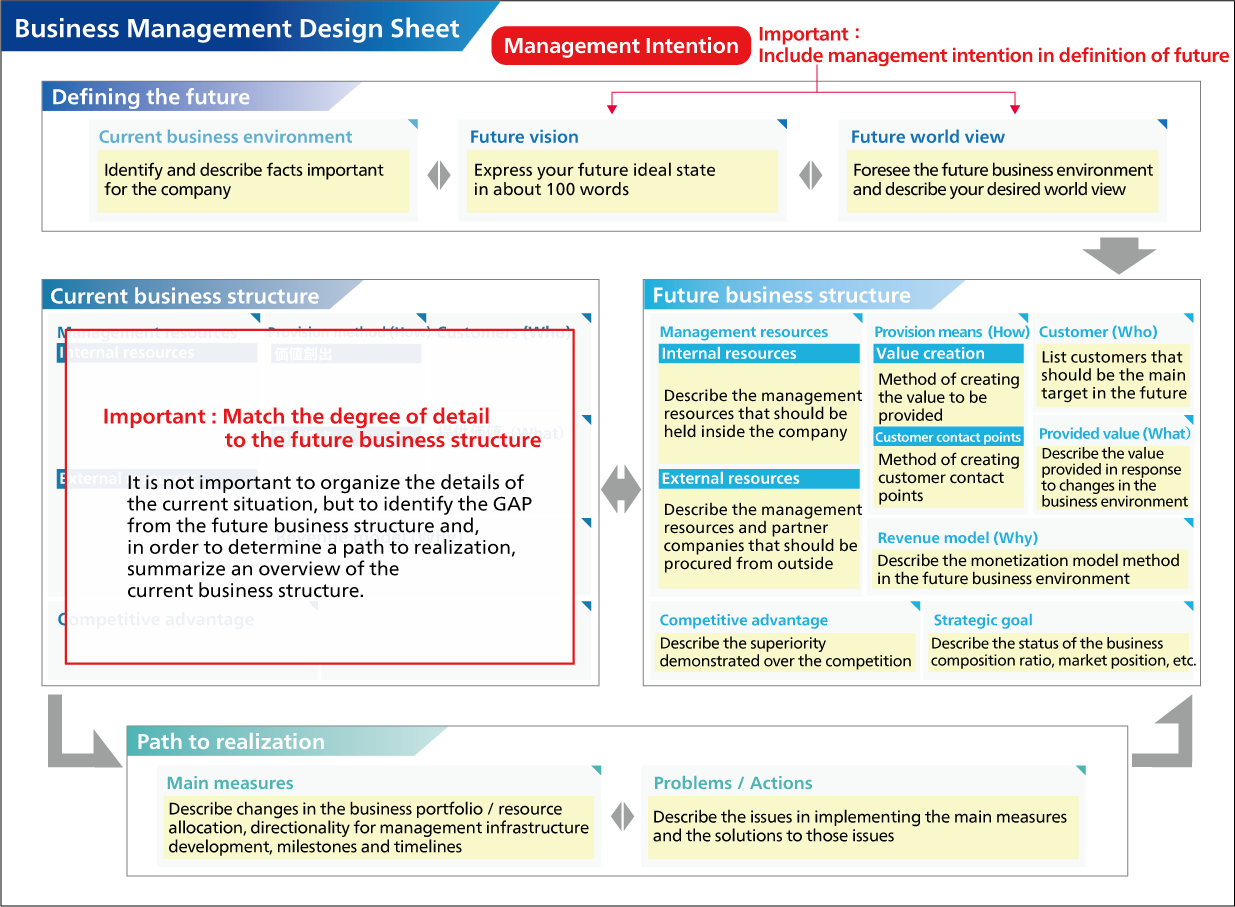 In our company, our approach, which is conscious of the aim of developing next-generation leaders, has brought about many achievements.

For example, we designed an approach of discussing our ideal business state in three separate groups: (1) an executive group, (2) our next leader candidates, and (3) our younger members, subsequently bringing together the proposals of each group, coming to a consensus through an open discussion, and putting into place the future business model and organizational structure (functional design). By adopting such an approach, our company has been able to involve our next-generation leaders and field members who will be responsible for the future, and foster in these future leaders a big-picture understanding. 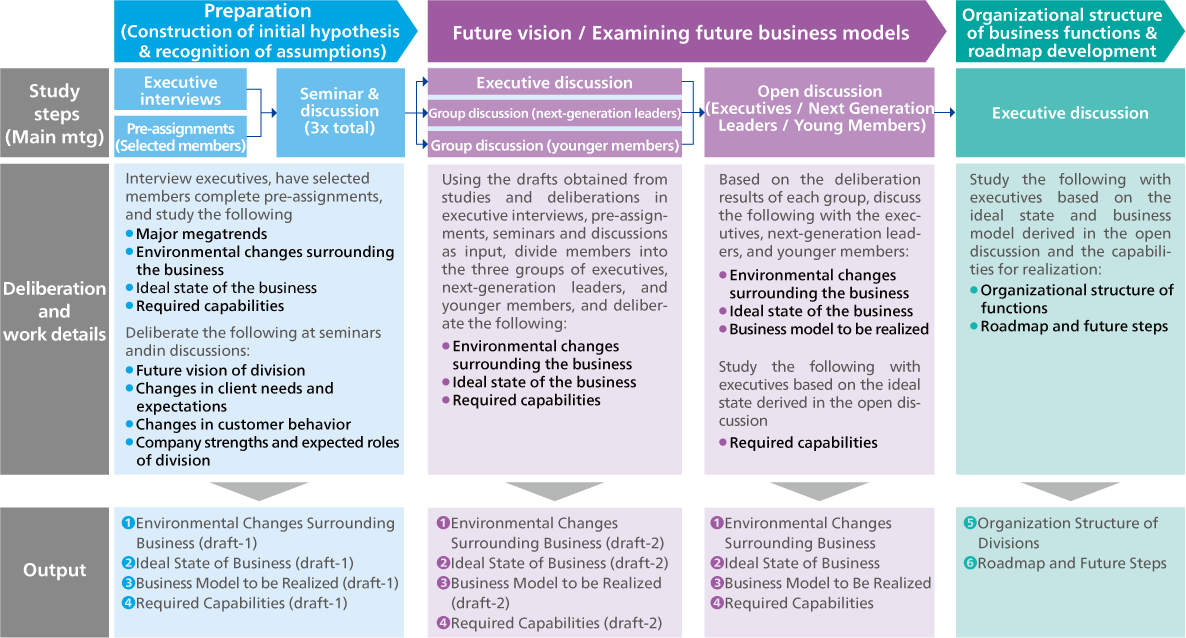 This approach is also an important initiative as an opportunity for next-generation leaders themselves to learn the basic management skill of envisioning the future and defining the path toward that future. I hope that you will take this perspective of human resources development into consideration when examining DX vision and scenario formulation.

Business Management Design Sheet for large-scale companies (for Japanese companies; in Japanese only) 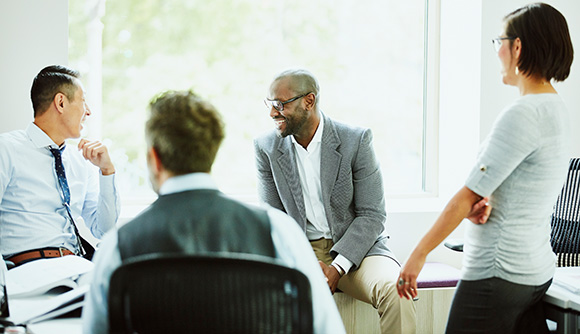 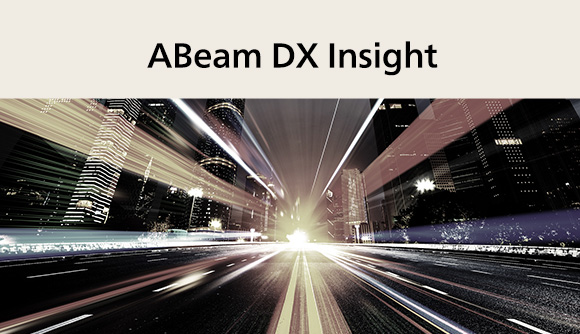 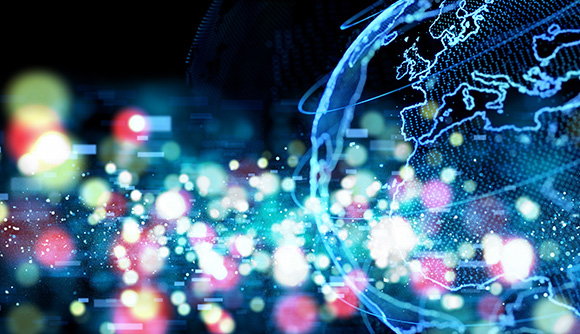 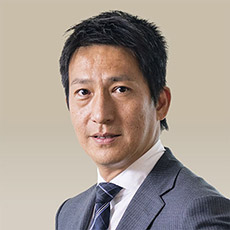 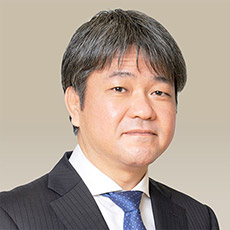