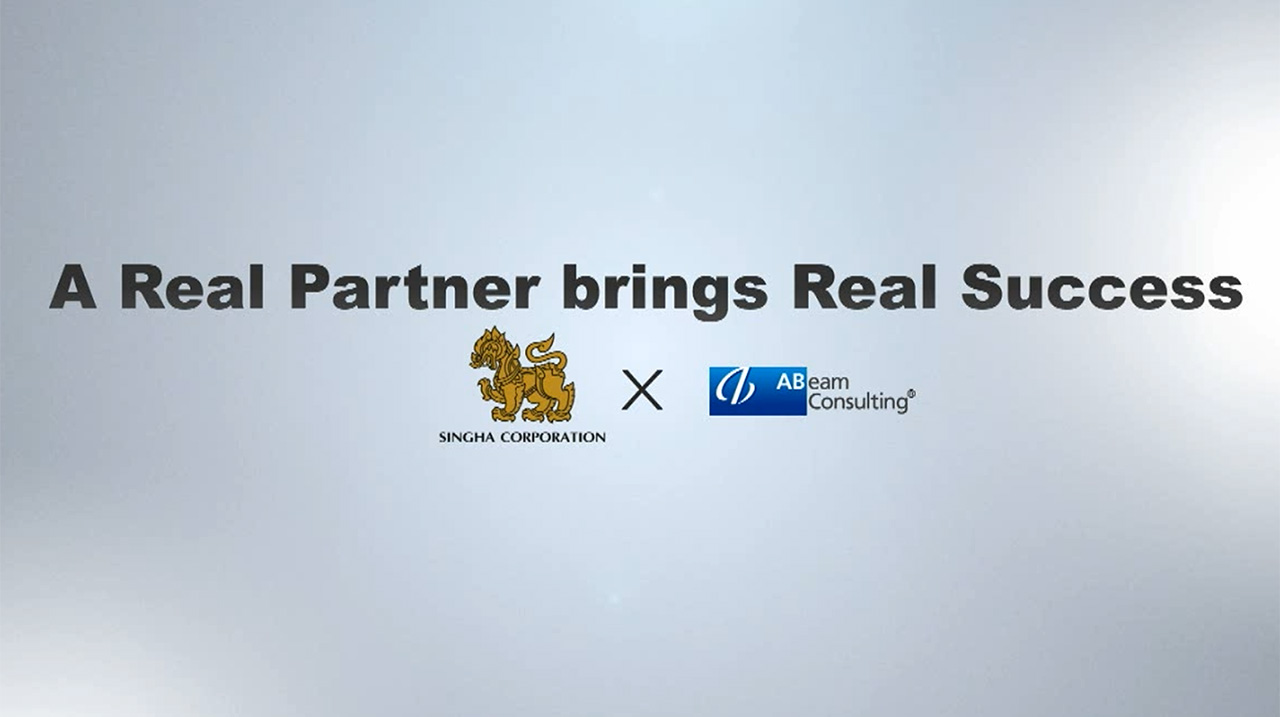 Boon Rawd Brewery Co., Ltd. was founded in 1933, and was Thailand's first brewery. It is known in Japan as the producer of Singha beer, which is sold in more than fifty countries around the world. The company also manufactures and sells non-alcoholic beverages, such as soda water, mineral water and health beverages, and even retorts pouch food and snacks.
Boon Rawd has three breweries, seven plants and approximately fifty subsidiaries in Thailand, as well as many distributors inside and outside the country. It employs a workforce of approximately 6,000. Its business is not limited to the food and beverage industry, but also includes real estate and packaging industry. A blue chip company with consolidated group revenue exceeding 4 billion U.S. dollars, the company has been implementing the six policies recommended by the government of Thailand concerning: quality, food safety, social responsibility, energy conservation and ecology, as well as labor health, safety and work environment. Sponsoring two world-famous soccer clubs, Manchester United and Chelsea, it is a global enterprise that is seen as representative of Thailand. Boon Rawd is growing rapidly, developing new enterprises as well as its existing business.
However, its utilization of systems and human resources was limited. Specifically, the legacy ERP system, which was implemented about 20 years ago, had become undeniably dated. Accordingly, the decision was made to implement a new management platform system responsive to the ever-accelerating developments on the IT front, and to apply global standards to organization-wide business processes.
Mr. Palit, CEO of Boon Rawd Trading, revealed his ambition, saying “We aim to double the current revenue in the next five years. That means we need to implement best practices based on international benchmarks. We are going to employ an advanced ERP system and work as a group to become the most admired company in Asia.”
Boon Rawd consists of four key firms: Boon Rawd Trading, which deals in the alcohol business within Thailand, Boon Rawd Asia, which deals in non-alcohol business within Thailand, Boon Rawd Trading International, which handles international markets, and Leo Links, which handles logistics and stock management.
The plan was called for the development and implementation of an ERP system that would improve and integrate the various business processes of the four companies, such as sales and distribution systems, budgeting systems and other areas of accounting, as well as logistics systems including transportation and material management. Accordingly, a largescale project was initiated involving external stakeholders and a large number of staffs from various internal sections.

Outline: In order to streamline the business, an integrated system was developed and implemented by improving business processes related to accounting and logistics of the four key firms.

Boon Rawd Brewery Co., Ltd. invited bids for the project from at least six consulting firms, both international and 100% Thai. Via demonstrations, the assessment panel examined the various capabilities and experience of each firm, and unanimously selected ABeam to be Boon Rawd Brewery’s partner.
There were several reasons for this selection. First, the assessors appreciated ABeam’s abundant experience with global enterprises. In addition, ABeam has successfully developed and implemented many SAP® ERP systems for Thai companies similar to Boon Rawd. Another advantage for ABeam was its thorough knowledge of the food and beverage industries. In addition, ABeam has delivered excellent performance over many years in customizing, analyzing and improving the effectiveness of ERP applications.
Furthermore, ABeam possesses strong managerial skills cultivated through experience on many large-scale projects. The project was going to involve many stakeholders of Boon Rawd, so it was beneficial to have ABeam’s unique wealth of experience and expertise in such areas as people relationship and leadership to ensure the project proceeded smoothly.

Before starting the project, ABeam divided the whole process into five phases totaling 15 months: one month for planning after the kick-off in June 2013, four months for design, six months for development and four months in total for testing and migration. In addition, ABeam set up a support period of 1.5 months after go live as normal operation.
There were two issues to be solved at the initial stage of the timeline: changing a business style that had continued at Boon Rawd for 80 years, and switching the legacy ERP system that had been used for about 20 years to worldclass SAP® ERP system.
“ABeam appreciated our history and philosophy and carried out the project accordingly with high consideration. Their attitude was particularly impressive. They didn’t hesitate to express opinions contradicting those of our teams. It was the first time that we had implemented SAP® ERP software and there were many ups and downs over the 15 months of the project. However, they always put themselves in our place and constantly tried to find the best solutions for us. That led to the success of this project,” said Mr. Palit.

Prior to implementation of the new system, each of the four key firms had operated its own independent management systems, which resulted in inaccurate stock, sales and delivery data, and losses due to frequent duplication of data entry. The differences in management frameworks were significant, taking considerable time and effort to analyze and reconsider the business systems involved. To improve work efficiency, subsystem capacities were increased and the latest version of SAP® ECC 6.0 EHP6 was chosen.
ABeam began developing an integrated system to be shared among the four companies.
However, the supply chain could not be stopped during the ongoing development. The sales and management systems were tested and verified repeatedly while the existing systems continued to operate with stability.
Because many sections and staffs were involved, clear communication was vital for the project. Meetings for system implementation required such efforts to consider individual workload, and it was also necessary to communicate with external parties outside the organization. Thus, it was crucial to control communication precisely and effectively.
ABeam's know-how acquired through past large-scale projects enabled harmonious people management.

Completed ahead of schedule We have transformed into a strong partner promoting best practices for the future.

ABeam completed the development and implementation of SAP® ERP 6.0 for accounting and logistics systems in 15 months. By standardizing the business processes, policies and data structure of the four key firms, it reduced workload in operations and improved data accuracy. Specific achievements include precise real-time stock management, online budget management, standardization of report formats, streamlining of sales processes using integrated data, and elimination of duplicate entry of transaction data among companies.
This is how ABeam promotes and fosters best practices.
The project was completed in 15 months which was ahead of schedule. Migration, postgo live support activities went very well. Real-time order acceptance is now practical, as is stock and budget management coordinated among the four key firms, which is a great advantage for business. Moreover, e-commerce can now be implemented smoothly through the use of terminal devices. Boon Rawd intends to utilize its integrated system with more effectiveness in the next business phase.
“The partnership with ABeam was very beneficial for us. Needless to say, ABeam was highly professional and designed systems perfectly suited to our business processes.
Additionally, after go live support, they solved problems promptly and demonstrated their expertise and commitment. Overall, we are very satisfied with the outcome and really looking forward to working with ABeam again in the future,” said Ms. Temduan, CIO of Boon Rawd Brewery.
Through this project, ABeam had assisted Boon Rawd improve its accounting and logistics systems by implementing SAP® ERP. Going forward, ABeam hopes to continue supporting Boon Rawd in further development beyond the current best practices. ABeam envisages many more opportunities to contribute to further development to Boon Rawd in human resource, manufacturing, supply chain management and more.