A future defined by Japan’s digital labor, which continues to evolve and spread in a unique manner 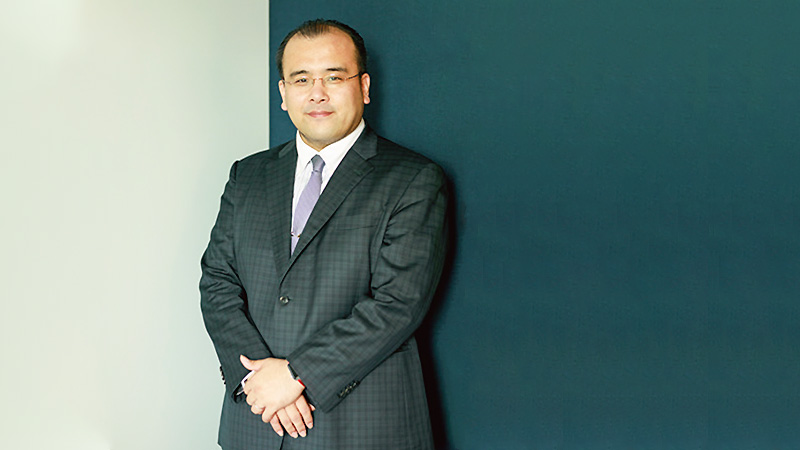 Japanese companies are advancing work style reforms, and their use of Robotic Process Automation (RPA) is also accelerating; indeed, the speed and diversity with which RPA is being implemented are attracting attention from overseas. The question is this: can Japan use digital labor to generate business opportunities as its labor force declines? ABeam Consulting’s Yoshinobu Abe explains how RPA attained its prominence, focusing particularly on the environment that surrounds its use, the key points for its effective utilization, and the outlook for the future.

The implementation of Robotic Process Automation (RPA), which provides the foundations for digital labor, has accelerated over the last two years. Already 80 percent of major corporations have implemented some form of RPA tools; the latter half of 2017 was a trial period for these corporations, and they have been pressing ahead with full-scale deployment of RPA in 2018.

Major corporations are leading the utilization of RPA. However, it takes several years after RPA has been fully deployed in one department before it is implemented across the entire company, and there can be little doubt that the more widespread RPA use is within a company, the greater its effects.

The most commonly implemented—and most simple—RPA process is known as “Stage 1: Basic.” This entails the computer-based automation of routine tasks for which clear rules have been defined. Some companies are now beginning to proceed to "Stage 2: Cognitive,” which combines RPA with paper or image-based recognition technologies.

A select number of advanced companies are now even progressing to “Stage 3: Intelligence,” which aims at the RPA and AI-based automation of non-routine tasks, including responses to exceptional conditions.

Surpassing the West with unique developments: the current state of Japan’s RPA use

RPA originated in the West and was imported to Japan after a delay of approximately one year. In recent years, however, the Japanese insistence on work style reforms has served to expedite developments in RPA. Compared to the comparatively simple tasks that RPA is used for in the West, in Japan there are examples of RPA possessing decision-making authority; it has evolved to such a degree that it can be used for extremely high-level tasks.

Western companies have focused on using RPA to carry out their office and operational procedures at departmentalized organizations such as shared service centers and call centers, with the aim of reducing costs. It is true that executing such routine tasks is an optimal use of RPA; in Japan, however, where the majority of corporations are composed of distinct business units, office and operational business processes are not clearly divided into distinct routine tasks.

The above, unique characteristics of Japanese corporations, mean that the use of RPA in Japan not only encompasses simple routine tasks in specified departments, but also covers non-routine tasks such as preliminary surveys, budget control, and data analysis. Today, the use of RPA in Japan extends across a greater range of business processes than in any other country in the world. Indeed, Japan can rightly be regarded as an “advanced RPA nation," and large numbers of inquiries are coming in from overseas.

As the use of RPA continues to expand, RPA tools are evolving consistently as well. Previously, each tool had its strengths and weaknesses; now, however, RPA is capable of operating a growing number of tools and processing an increasing range of data. By incorporating workflow functions and centralizing approval processes, tool vendors are pursuing developments aimed at removing borders between robots and humans.

However, I personally believe that extending the functionality of the RPA tools themselves is not that important; we ought instead to focus on establishing structures that work easily with the new tools of the future. In addition, since RPA tools are operated by corporate users themselves, it is vital that we establish manuals and training systems that aid their implementation and operation, as well as strengthen support systems for when users encounter difficulties. It is imperative that we work together with tool vendors when providing such support as well.

The expansion of digital labor is accelerating at an unprecedented pace, but it is important to note that digital labor can broadly be separated into two types: the desktop-type Robotic Desktop Automation (RDA), and the server-type RPA.

As its name suggests, RDA is installed on the desktop computers of individual users. The advantages of RDA are that it enables the swift business site-led implementation of RPA; its primary disadvantage is that it is impossible to know what has been installed, where, and by whom.

In addition, companies frequently comment that, when the time is ripe for the full-scale, company-wide implementation of RPA, they have to reinstall all their tools, and that this effectively amounts to starting over.

The implementation of RPA contains large amounts of shared know-how that can be used in other areas; for this reason, rather than implementing it in a distributed manner on a site-by-site basis, a company-wide, multidepartmental project supported by its management team with top-down leadership would ideally introduce RPA as a part of business process reengineering.

Faced with their worst labor shortage, Japan no longer can afford to guide and train employees today. By using RPA, talented human resources are liberated to divert their labor skills in new business areas, for companies to continue to generate their growth.